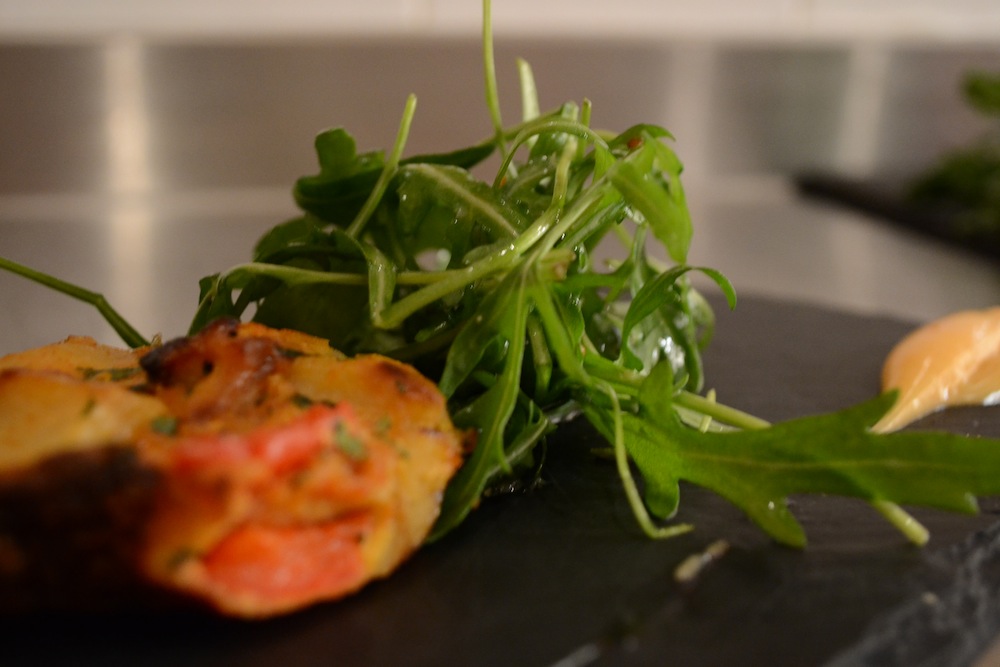 Perhaps a poorly timed recipe given the weather back in the UK. However the sun is out in both Morzine and Le Grand Massif and we have all just enjoyed another day of powder up in Flaine. We also have a 2 michelin star trained chef from Chile, so we thought we would show off what he can do..

To roast the peppers, preheat the oven to it’s highest setting (about 240 degrees). Cover the whole peppers in vegetable oil and roast for about 20 minutes, turning every 5 minutes, until the skin starts to blacken. Remove from the oven and place in a bowl covered with cling film. Let steam for about 10 minutes then peel off the skin, remove the seeds, and cut into large chunks.

Meanwhile turn the oven down to 200 degrees. Roughly chop the potatoes (unpeeled — the skin has loads of flavour and makes the tortilla much more tasty), cover with oil, and roast until golden and cooked through. Let cool.

Slice the onions and slowly caramelise in a pan with a little vegetable oil. Add the roughly chopped garlic about 5 minutes from the end. Let cool.

Whisk the eggs until combined then add the other ingredients until well mixed.

Line a baking tray with baking paper, press the mix down into it and cook at 190 degrees for 20 minutes. The tortilla is cooked when the mixture is firm and springy (like when a cake is cooked). Remove from the oven and let cool, then place in the fridge to firm up so it is easy to cut.

When ready to serve, cut the tortilla into portions and heat through in a 180 degrees oven. 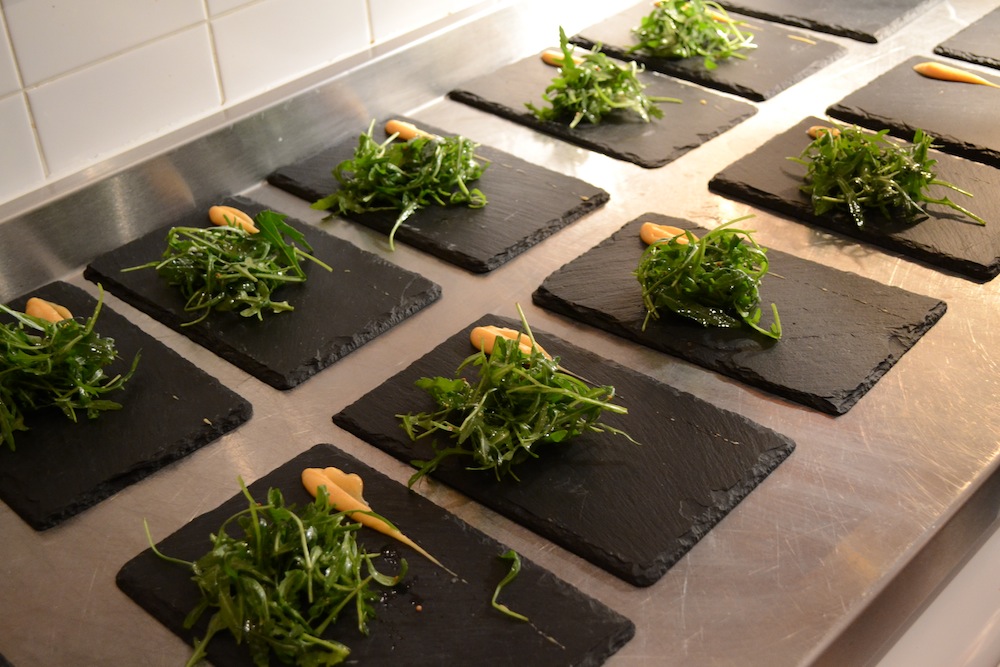 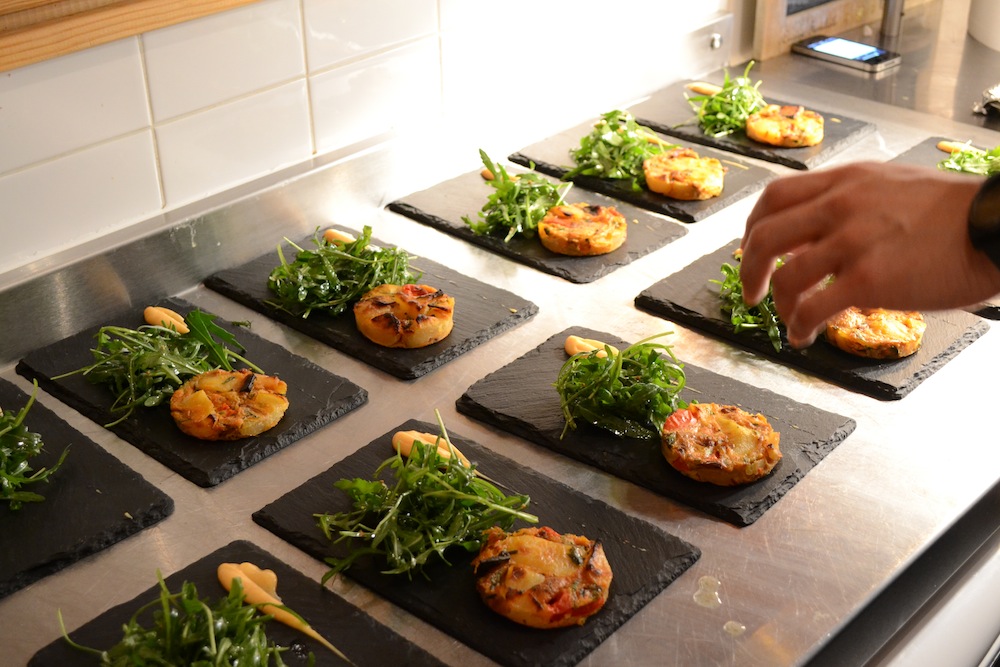 Finely chop the garlic. Add the garlic and egg into a bowl and drizzle in the oil while whisking to make a mayonnaise. Season with salt, pepper, and lemon juice.