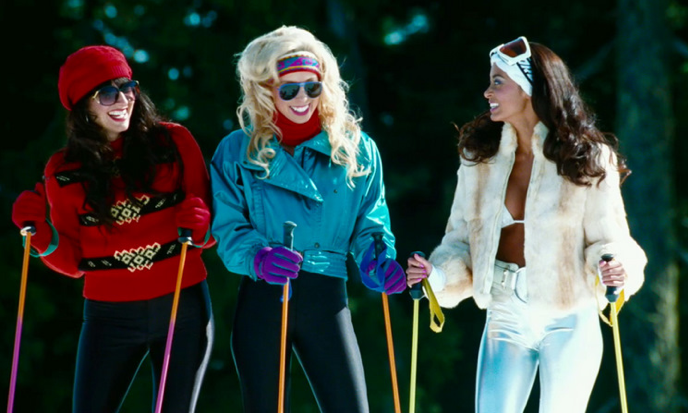 Fist time skiing? Want to talk like a pro even if you don’t ski like one? Here is our quick guide to the must-know ski terms and snowboard lingo:

Apres Ski – literally translated as ‘After Ski’ – the time between afternoon skiing and dinner where you knock back a few genepis and Mutsig beer.

Backcountry – area outside of the normal pisted slopes. Similar to off-piste but slightly more of the beaten track. Used more in America than Europe.

Bomber – term for the nutter who speeds down the slopes totally out of control.

Cant – the lateral angle of the boot in relation to the ski or snowboard. Your feet can be ‘canted’ forwards or backwards to improve control. Generally speaking the better you are the larger the cant – ie the further forward you lean.

Carving – clean turns where you use the natural edge of the ski or snowboard rather than sliding down the slope.

Chatter – the vibration of a ski or snowboard when travelling at high speed.

Chocolate Chips – end of season rocks that poke their heads out on-piste that can ruin your skis.

Corduroy – describes the grooves on the snow of a newly pisted slope.

Cornice – overhang of snow produced by heavy winds. Don’t have your picnics under them.

Couloirs – literally meaning ‘corridor.’ Similar to a chute but even steeper.

Crevasse – extremely deep and often hidden crack in the mountain. Best avoided. Just ask the guys from ‘Touching the Void.’

Durometre – measurement to decide the hardness of the ski boot shell – the higher the durometre, the harder the shell.

Fall Line – straight line from the top of the mountain to the bottom. The nutcase’s line. Also the name of about a thousand bars in the Alps.

First Tracks – fresh powder lines. You’re the first guy down the off-piste and you show off your lines to everyone else following you.

Flex – term used to describe the flexibility/stiffness of the plastic outer shell of your boot.

Freestyle – style of skiing or snowboarding mainly focused on tricks. An Olympic sport for skiiers.

French Fries – term used to describe when skis are parallel to each other. Opposite of ‘pizza’ or ‘snowplow.’

Headwall – vertical cliff at the end a valley. Best avoided unless you are going paragliding. Or want to die.

Herringbone – the pattern made when walking up a hill with skis on, spreading them apart to prevent sliding down the hill.

Huck – slang term for launching off a big jump.

Jib – riding your skis or snowboard across a surface without snow – be it a rail, box, or even water.

Kicker – homemade wedge in the snow built for small tricks.

Magic Carpet – conveyor belt type system used on beginner slopes to bring you back up to the top.

Monoski – a type of ski where both feet are strapped onto a single board. Expert skiers need only apply.

Packed Powder – new snow that has just been pisted.

Pizza – or snowplow. Best way for beginners to stop before they have cracked parallel turns.

Schussing – going straight down the piste without turning.

Skins – synthetic strips of meshy material that can be put on the bottom of skis allowing you to climb mountains on skis. Popular with Ski Tourers.

Telemarking – type of skiing where you climb the mountain with your ‘skins’ and ski back down again. Both heels are detachable to produce the distinctive forward bent knee ‘telemark’ turn.

Twin Tips – skis that are turned up at both ends. Allows you to ski backwards – popular with trick skiers. 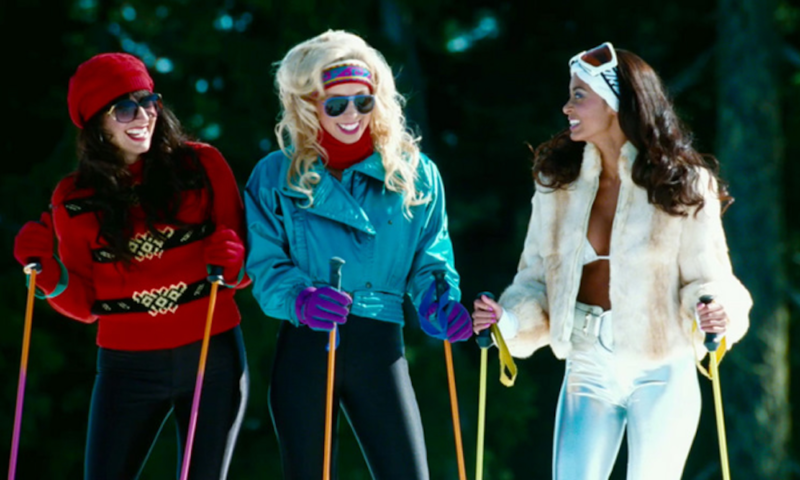