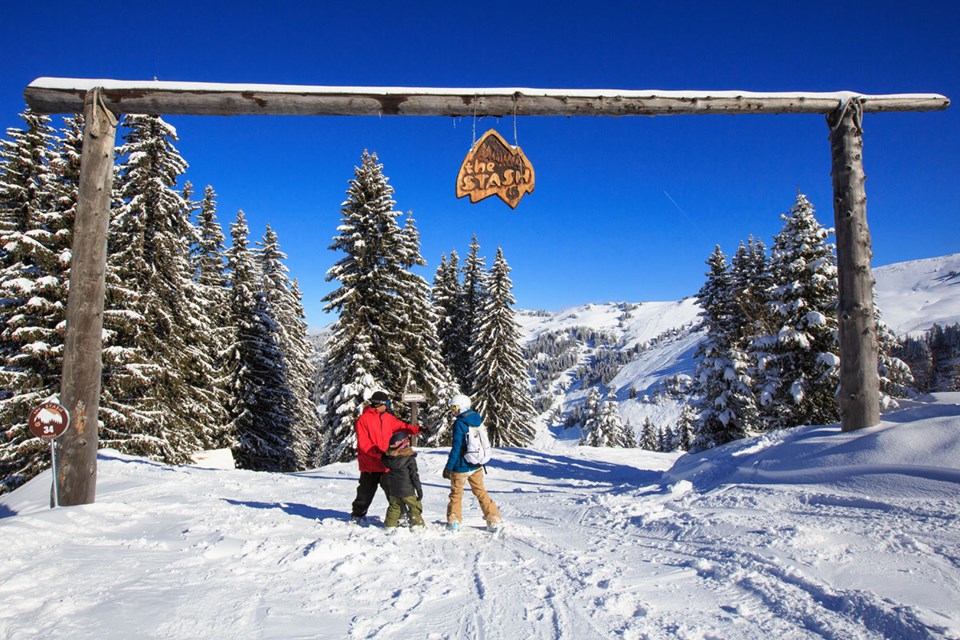 If you’re a beginner or a seasoned pro, everybody enjoys hitting the park or just watching the brave try their luck! At any one time there are up to 30 parks across the Portes du Soleil ski area including Avoriaz, Les Gets, Chatel, Nyon and Crosets. No wonder the area is a mecca for all freestyle skiers and snowboarders especially with its permanent half pipe, but the biggest draw is Europe’s first ever, Burton Stash park.

The Burton Stash Park is set in the forest and creates a perfect natural snow park for all abilities, it’s a relatively new concept in terms of snow parks. It is imported from the Californian resort of North Star and it was developed by Jake Burton himself, a snowboarding visionary. Burton’s philosophy is to create an area in the middle of the forest that caters for a mixture of free ride and freestyle, whilst simultaneously transmitting messages about environmental protection and sustainability.

Situated in the middle of a large expanse of un-groomed snow it is ideal for trying out wide turns in powder snow. The slopes wind in and out of the trees of the Lindarets forest and are covered with hidden wooden obstacles all around that skiers and boarders stumble across when hurtling down a secret passage.

You have to ski or snowboard down the same slope many times to discover all the concealed hits, rails and features. In total 3 slopes of varying levels of difficulty join up half-way down and lead to a cabin hidden in the middle of pine trees, then separate again to snake their way along the forests hidden by-ways. The cabin is where messages about secret lines and new hits are subtly spread to new and old riders.

Reached via the 6 seater highspeed Prolays chairlift with an Avoriaz lift-pass.